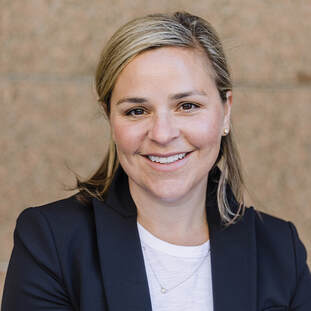 Susie Keller is Chief of Staff at Kimbell & Associates. Prior to joining the firm in 2020, Ms. Keller spent a decade in fundraising and communications capacities at three independent schools. Most recently, she served as Director of Strategic Engagement and Major Gift Officer at the Madeira School, where she supported fundraising efforts for the school's $85M capital campaign. Prior to arriving in Washington, Ms. Keller was Interim Director of Advancement at St. George's School in Newport, Rhode Island, where she also managed the school's $50M capital campaign and served as an advisor, dorm resident, and coach.

Ms. Keller comes to Kimbell & Associates with experience in constituent relations, volunteer management, and capital fundraising. While she has significant experience in gift acquisition, she also has overseen events, engagement, stewardship, and planned giving. Prior to her career in schools, Ms. Keller spent two years at Kate Spade and Jack Spade in both an executive training program and human resources capacities.

Ms. Keller was born and raised in Cincinnati, Ohio, and graduated from Brown University where she was a member of the varsity women’s soccer team and obtained degrees in History and the History of Art and Architecture. She and her husband, Jake, have three children, two black labs, and live in Washington D.C. While she's hung up her cleats temporarily, she is a five-time Boston Marathon finisher and enjoys running, fly fishing, skiing, and travel.
Back to Team Page