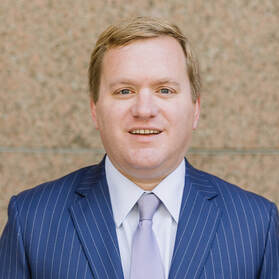 Before rejoining the team at Kimbell & Associates, Mr. Studdard spent two and a half years in the House of Representatives serving as Legislative Director to now U.S. Senator Marsha Blackburn (R-TN). During her time in the House, Blackburn served as Vice Chair of the House Energy and Commerce Committee, a member of the House Budget Committee and as a founding member of the Republican Women’s Policy Committee. Finally, Rep. Blackburn was a House Deputy Whip and served as a Vice-Chairman of the National Republican Congressional Committee.

During his time with Rep. Blackburn, Keith was involved in debate and negotiations over numerous pieces of health care related legislation including the Affordable Care Act, the Food and Drug Administration Safety and Innovation Act, and the Drug Quality and Safety Act.

Prior to his time on Capitol Hill, Keith directed federal lobbying efforts for the American Osteopathic Association (AOA). In his role as Director of Congressional Affairs, Mr. Studdard served as the organization’s head lobbyist during the debate, consideration and passage of the Affordable Care Act.  Before joining the AOA’s lobbying team, Keith spent the 2008 election cycle as Director of the Osteopathic Political Action Committee (OPAC).

Keith began his career in Washington, DC at Kimbell and Associates where he served two years as government affairs associate, comptroller, and chief of staff to Mr. Kimbell. He also has significant experience in federal campaigns and political strategy having worked on multiple presidential, Senate and House campaigns over the last two decades. In addition, during the 2012 Republican National Convention in Tampa, FL., Keith was directly involved with the writing of the Republican Platform serving as the lead staff person for the subcommittee overseeing health care, tort reform, education, and family issues.  As an undergraduate, Keith completed an internship with then Senator Trent Lott (R-MS).
​
Keith graduated Magna Cum Laude graduate of the University of Mississippi with a degree in mathematics and chemistry.
Back to Team Page