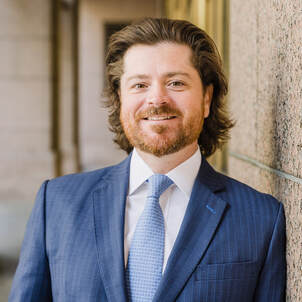 John Herzog rejoined Kimbell & Associates in 2017 as Senior Vice President. In this capacity, Mr. Herzog represents healthcare companies before the Administration and United States Congress. He utilizes his experience as a policy advisor in government to provide strategic advice and develop and execute successful regulatory, policy, and legislative solutions for his healthcare clients.

Prior to relocating back to Washington, Mr. Herzog served as Senior Government Relations Advisor at Butler Snow LLP in Nashville, TN focused on government relations, public policy and political strategy for both corporate and association clients at the federal and state level.

Mr. Herzog previously served as Vice President of Government Affairs & Political Strategy at Kimbell & Associates from 2011-2014 where he led outreach to the U.S. Senate and the firm’s political strategy operations. Prior to that he worked for GlaxoSmithKline (GSK) managing federal government relations for the pharmaceutical company during the creation of the Affordable Care Act. Prior to his time in the pharmaceutical industry, he served President George W. Bush in the White House Office of Legislative Affairs.

Mr. Herzog began his career in Washington as Health Policy Aide to Senator Lamar Alexander (R-TN), who served as Chairman of the Health, Education, Labor and Pensions (HELP) Committee. He has extensive political and campaign experience, including service as Director of Presidential Advance Logistics for the 2008 Republican National Convention and the campaign of former Senator Bob Corker (R-TN).