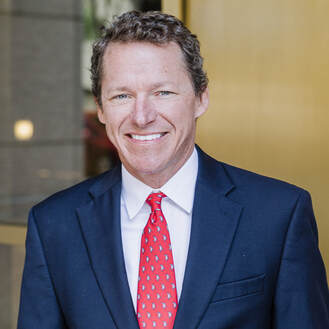 In January of 2001, Mr. Kimbell was named to President George W. Bush’s Transition Team Advisory Committee for the U.S. Department of Health and Human Services (HHS) and assisted a host of Presidential appointees through their confirmation process in the U.S. Senate. He was the only consultant to serve on the Committee.

Prior to establishing Jeffrey J. Kimbell & Associates, Inc., Mr. Kimbell served as the first Executive Director of the Medical Device Manufacturers Association (MDMA) from 1994-1998. While at MDMA, he directed all global policy initiatives on behalf of MDMA’s member companies. During his tenure, the association grew from 25 companies to 130, an increase that can be directly attributed to a number of legislative victories, including passage of a landmark bill to overhaul the product approval process at the U.S. Food &amp; Drug Administration (FDA). In addition to handling matters before the U.S Congress, Mr. Kimbell was also responsible for MDMA’s interaction with state and foreign governments and federal agencies of jurisdiction on tax and trade matters.

Prior to serving at MDMA, Mr. Kimbell was a personal aide to the late U.S. Senator Howard H. Baker, Jr. (R-TN) and personal attaché to the late U.S. Secretary of State Lawrence S. Eagleburger in the Washington office of the Tennessee-based law firm Baker, Worthington, Crossley &amp; Stansberry.

A graduate of Southern Methodist University (SMU) in Dallas, TX, Mr. Kimbell earned his B.A. in Political Science. While at SMU, he worked for U.S. Congressman Sam Johnson (R-TX), a member of the House Ways & Means Committee, which has jurisdiction over tax, trade, and a significant portion of Medicare.

Mr. Kimbell currently serves as a Board Advisor to BioUtah and Vice President Elect of the Safari Club International (SCI). Formerly, he served on the Board of Trustees at St. George’s School in Newport, Rhode Island, where he also attended secondary school. He is founder of the William S. R. Rogers Endowment for Public Policy Studies which supports an annual educational program offering students a unique opportunity to engage with policy, politics, and our nation on the ground in Washington, D.C. In this capacity, Mr. Kimbell organizes and facilitates this trip for 8-12 students on an annual basis.

He serves as Co-Chairman of the SCI Political Action Committee (SCIPAC). Mr. Kimbell was elected President of the City Tavern Club of Washington from 2004-2007 and President of the Capital Club from 1997-1999. Mr. Kimbellis an avid sportsman who enjoys fly fishing, hunting, and skiing at locales throughout the world when U.S. Congress is in recess.
Back to Team Page