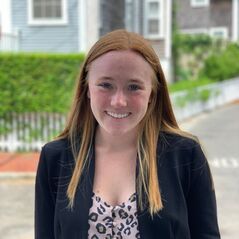 Schuyler La Barge, a Summer Health Policy Intern, joined Kimbell and Associates in May 2020 and is back for her second summer working with the Health and Reimbursement Policy team. Schuyler has previous experience working for the Tennessee Justice Center, a nonprofit seeking to improve Tennesseans’ access to health care. She has also worked as a Research Assistant at the Children’s Hospital of Philadelphia in the Center for Cellular and Molecular Therapeutics and Inserm, a branch of the French national institute for medical research in Tours, France.

Schuyler is originally from outside Philadelphia and in her free time she enjoys playing tennis, running, surfing, and cooking.
Back to Team Page