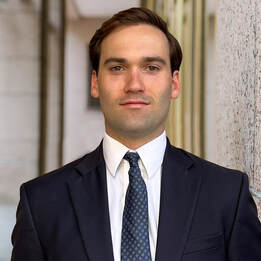 Jim Wilcox serves as a Government Affairs and Operations Associate at Kimbell & Associates. Prior to joining the firm in 2021, Jim worked as a Special Assistant to the current governor of Virginia, Glenn Youngkin, during his campaign beginning in March 2021 and succeeded into a Policy Liaison position following Youngkin’s primary victory. There, Jim facilitated and vetted all policy consultants and clients prior to all joint efforts and conducted and researched economic portfolios that were incorporated into Youngkin’s policy plan. He also oversaw all production, communication, and movements of the governor for all campaign events and lead special projects as well.
​
Jim previously worked as an Advance Associate for the Trump Administration, coordinating all operations and movements of the President of the United States for foreign and domestic missions. He collaborated on engagements with military operations and United States Secret Service for all presidential affairs and served on over 30 foreign and domestic missions including the 2019 G7 Summit in Biarritz, France, the President’s monumental Salute to America address in Mt. Rushmore, South Dakota, the 2020 Oil and Gas Industry Bill Signing in Midland, Texas and visits to the Pentagon and Supreme Court. Jim began his advance career as a White House intern in Summer 2016.

Jim has a bachelor’s degree in Economics from the University of North Carolina at Chapel Hill. During his time in college, Jim decided to study abroad in Rome where he spent seven months practicing Italian and studying the history of the mafia.

Besides traveling all around Italy and the rest of the world, Jim will be found on the ski slopes in the winter as skiing is one of his greatest passions, and in the warmer months, he will be seen fly fishing in the local rivers and watering holes.
Back to Team Page